Ask any pocket knife owner and they’ll be able to tell you exactly how useful their pocket knife proves to be on a day to day basis. However, you probably didn’t imagine that you can pick up a good little pocket knife for under $50. Whether it’s for a gift or just your own use, we’ve put together some options when it comes to finding a cheap pocket knife. 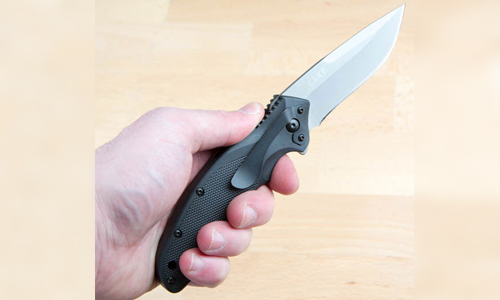 Aside from that, we’ve also put together some things you should look for in a good pocket knife, why you need a pocket knife and reviews of our top 5 pocket knives for under $50.

Things to look for in a good pocket knife

Before we get stuck into laying out our top cheap pocket knives for under $50, it’s worth first taking into consideration some things you should look for in a good pocket knife. The most prominent of those things is a good steel. As you’re likely already aware, it’s the steel segment of your pocket knife that does all of the hard work. With that in mind, you’ll want to choose a pocket knife that uses a good quality of steel. You may have to pay a little bit more in order to obtain this, but it’ll be well worth your money in the long run.

With most things in life, you’re led to believe that bigger is always better. However, that’s not always the case when it comes to pocket knives. Obviously you don’t want a knife that’s too small, but at the same time it needs to be compact enough in size so that it can serve its purpose and be carried in your pocket. In terms of size, you’ll also want to make sure that your pocket knife isn’t too thick. It needs to be able to discretely fit in your pocket as you don’t particularly want to be flashing a knife off in public.

Why should you buy a pocket knife?

The above may be all well and good but you might be wondering exactly why you should buy a pocket knife. The most prominent reason is what most people will use their pocket knife for and that’s as a multi-tool. If you live in a fairly urban environment, chances are, you won’t need to attack anything with your pocket knife. However, it can come in incredibly useful as a tool for doing just about anything, including cutting, tearing, pulling and pushing. If you’ve got a pocket knife in your back pocket at all times, it can be pulled out in order to quickly get something done.

Another incredibly good use for your pocket knife on a day to day basis is eating. Sometimes eating a tough piece of meat in a restaurant with the provided cutlery is no easy task. However, it could be much easier if you were able to pull out your own pocket knife and easily cut through that said piece of meat.Finally, if you live your life on the slightly more wild side, a pocket knife is a great survival tool. It can be used to catching food, making fires and just about anything else out in the wild. But that doesn’t mean you need to be wild at heart in order to own a pocket knife.

Other factors to take into consideration when buying a pocket knife

The last thing to take a look at before jumping straight into the best cheap pocket knives out there are some other factors that you’ll want to take into consideration when choosing the best option for you. One of the most prominent of those factors and something we haven’t paid much attention to until now is the handle material. There’s a number of different handle material variants out there, with the most popular being the likes of aluminium, bone and a simple wood handle. Which one you choose will largely depend on how much money you have to spend on your knife and what you need it for.

Top 5 Best Pocket Knives for under $50

With all of the above taken into consideration, the last segment of this article will take a look at the top 5 cheap pocket knives that you can buy for under $50. There’s more options in this department than you might realise, so read on to find out more. 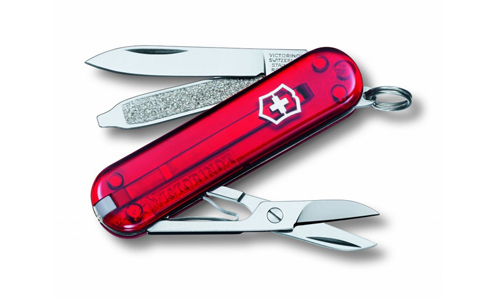 When it comes to pocket knives, you’ve likely heard that Swiss army knives are the best variant you can buy and that’s no lie. With that in mind, it likely comes as a bit of a surprise that you can get your hands on one for less than $50. This product from Victorinox comes in a range of different colours and offers a blade length of around 58mm. For the price, it’s obviously not going to be the best Swiss army knife on the market, but it’s a good option if you’re on a budget.

What’s more the knife, only weights 0.8 oz, which is considerably less than most high end swiss army knives. In all, it’s a nice little uncomplicated take on the Swiss army knife and at only $15, we’d argue that it’s quite the steal.

We’ve already mentioned that one of the biggest features some pocket knife users look for in a product is fast opening technology. We can safely say that this option from TAC Force does a good job at providing just that. It features spring assisted technology, meaning you can deploy the knife within a matter of seconds using only one hand. It also comfortably locks back into place once you’re done using the pocket knife.

All of that fantastic knife opening technology comes coupled with a decent blade and comfortable handle, all for less than $10. It’s also nice to see that TAC Force have effortlessly included a number of other tools into this knife. Look closely and you’ll see a bottle opener and glass breaker built into the handle of the knife. What’s more, the product comes completely with a handy little pocket clip for easy and safe carrying. 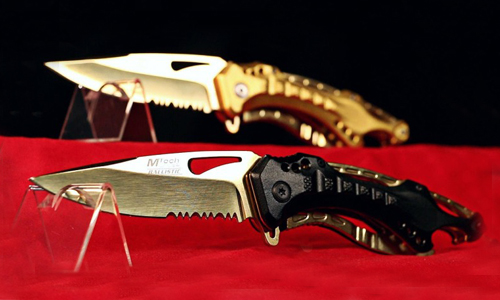 Its often said that you shouldn’t buy a product based upon looks alone, however, this sleek looking pocket knife from M Tech features a design that is too difficult to resist. It’s made with a stunning gold titanium coating, something that you won’t find with most knives under $50. That gold coating also allows for pretty swift and effective cutting.

The general design aesthetic of this gold coated knife from M Tech is clearly designed to look professional, which is something you’ll find very often when it comes to knives under $50. If you really care about how awesome your blade looks, this is a good option to take into consideration when buying a cheap pocket knife. 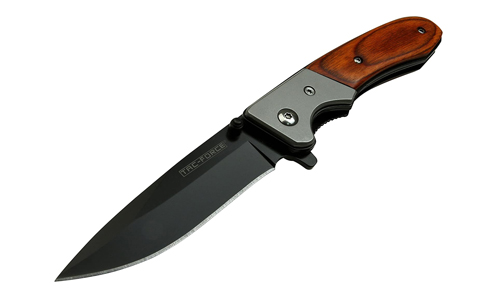 The TF-469 is the second option that we’ve featured on this list from TAC Force. It’s also the most sophisticated offering, which is given away by the fact that it’s named the “Gentleman’s Folding Knife”. In terms of the blade itself, this pocket knife offers a 4 inch closed length and 3 inch blade length with 3mm thickness. They’re not the most outstanding specs in the world, but they’re definitely not a bad option for less than $50. 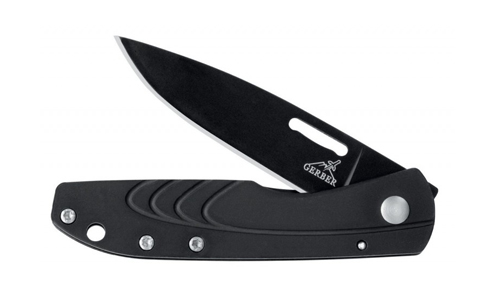 The last pocket knife on our list is also definitely the largest, but that doesn’t mean it’s a bad option. If you need a blade that’s a little more giving in size and don’t necessarily need the compact functionality of some other pocket knives, there’s no reason not to opt for this knife from Gerber. Plus, it comes in a less than $10, so it’s hard to argue with that.

The knife has been tested in a number of environments, including military, hunting, and survival, tactical and industrial. It doesn’t matter how you plan to use this knife, it will serve you well. The all black design of the knife is also a nice subtle choice from Gerber.

It’s important to take into consideration all of the factors when it comes to buying a cheap pocket knife. For less than $50, you’re obviously not going to get the best knife in the world, but you should be able to get a product that does the job and does it well.

Selecting the Best Hunting (pocket) Knife SharpenerIf you are a hunting sportsman or an outdoor enthusiast, you definitely know how important your hunting/ pocket knife is to you because you use...

For chefs of all skill levels, it is absolutely vital to have a good sharpener in the kitchen. Of course, you need a specific type of sharpener with precise characteristics. You need one that works...